Select a YMCA location near you
Visit YMCA South Australia

Act-Iv Kids partnership a win for all

A partnership between YMCA South Australia (the Y) and the Office for Recreation, Sport and Racing (ORSR) has resulted in the successful development and execution of an innovative program aimed at activating primary school aged children across the last two school holiday periods.

The program named ‘Act-Iv Kids Challenge’ (shortened from Activity Innovation Kids Challenge) was funded by the ORSR ‘Game On’ initiative and run across more than 20 of the Y’s South Australian OSHC centres.

The purpose of the challenge was to develop an innovative approach to engaging children in physical activity, in response to data confirming that only 26 per cent of those aged between 5 and 12 meet defined minimum physical activity requirements (AIHW, 2018).

The concept behind the program was to involve children in the development of the games, rather than prescribing the activity for them. It was hypothesised that by giving children the opportunity to create their own sports, games or activities, they would be more likely be engaged and participate. Further, the exercise may better equip the children with the tools and processes to create their own unique and imaginative activities outside of the OSHC environment.

“The YMCA has a rich history in providing opportunities for young people to maintain their physical health and fitness, so the development of this program was something that came naturally for our organisation,” he said. “With the beginnings of some of the world’s most popular sports, including basketball, futsal and volleyball, being traced back to YMCA facilities, the concept of people creating their own games is one which is deeply rooted within our history.”

Mr Beard, whose background includes working with children in sport and physical activity in his time with SACA, AFL and the Y at St Clair Recreation Centre, was tasked with evolving the concept into a viable program.

“I was able to draw on my experience working with kids in sport to develop the program in a way that was engaging, while making sure it achieved the set goals. It was a great success and I believe it can be used as the basis for future programs within the Y’s OSHC and youth spaces. There are great opportunities for us to develop the concept even further,” he said.

Through research and initial conversations with stakeholders, a pilot program was delivered during Spring vacation care across four sites in metropolitan and regional South Australia. Following this, the program was evaluated with further consultation and planning resulting in a full-scale rollout at OSHC sites during the summer vacation care period in 2021/22.

The program, which ran in two-hour sessions, consisted of 3 phases:

During the program, data was gathered from 65 participants at 5 sites using wearable fitness trackers. This showed that the average heart rate of participants (average age 10 years) during periods of physical exertion was defined as ‘vigorous’, falling within 70-90 per cent of the maximum heart rate range (Eckard, Kuwabara & Van Camp, 2019), therefore achieving the program goal. The overall findings showed that the program succeeded in engaging children in physical activity and contributed to building positive attitudes, particularly with participants that were less likely to participate in traditional sport and physical activity programs.

Further, anecdotal evidence suggested that children involved in the program were cognitively engaged and, in various instances, have since played a game or games that they developed during the program or developed other games as a result of their exposure to the concept.

The YMCA is aiming to secure further funding to support the development of the concept into an ongoing program in its OSHC facilities during after-school care. 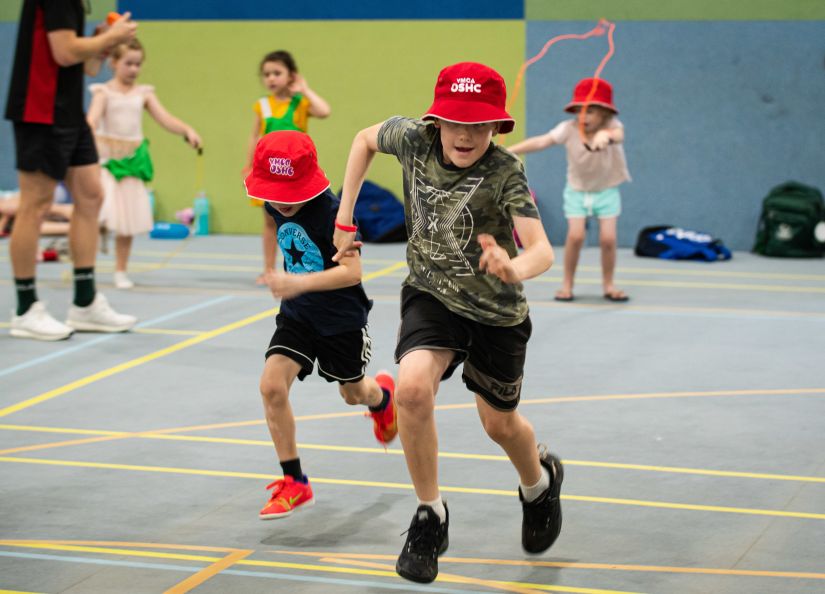